The Randall F. Yorkey and Harry G. Rainey Endowments were established in memory of two outstanding individuals who made significant contributions to the organization during their years of service to Duke University Stores. Randy, a Duke Stores Manager, was tragically killed in an automobile accident in 1980. Harry, the former Director of Duke Stores fondly referred to as "Uncle Harry," lost his battle with cancer in 1993.

The Harry G. Rainey Endowment Fund supports cancer research at the Duke University Medical Center, and supports the Duke University Institute of the Arts and the Yorkey Endowment. The Yorkey Endowment provides scholarship support to replace the loan and/or work portion of a financial aid package for select students employed by Duke University Stores. The scholarship award is based on financial need, length of service, dedication to working with both employees and customers, and a demonstrated initiative to go beyond the normal expectations. Since 1980, 124 students have received scholarship awards amounting to more than $901,772. In the 2019-2020 academic year alone, $56,055 was awarded. 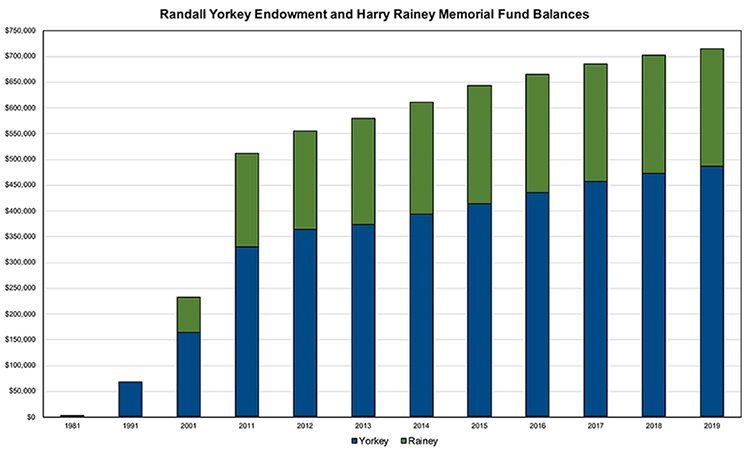